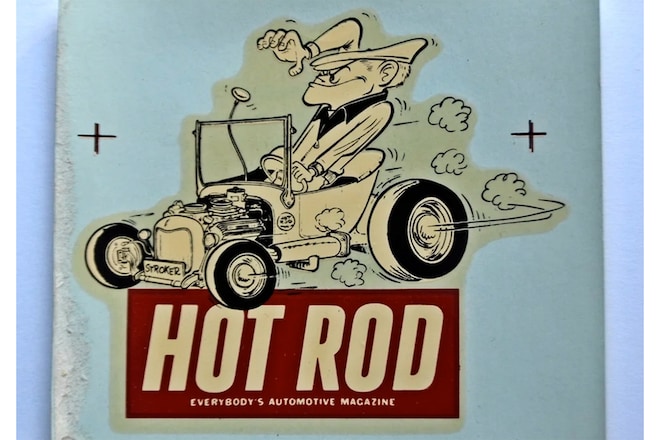 Got a scratch or dent on your hot rod you’d like to cover up? Try one of these neat-o genuine new old stock not re-popped Stroker McGurk water-transfer decals. That’s right these are the real thing genuine decals like what came in 1/25 scale model kits and not some cheesy sticker often found on 21st Century econo-boxes. 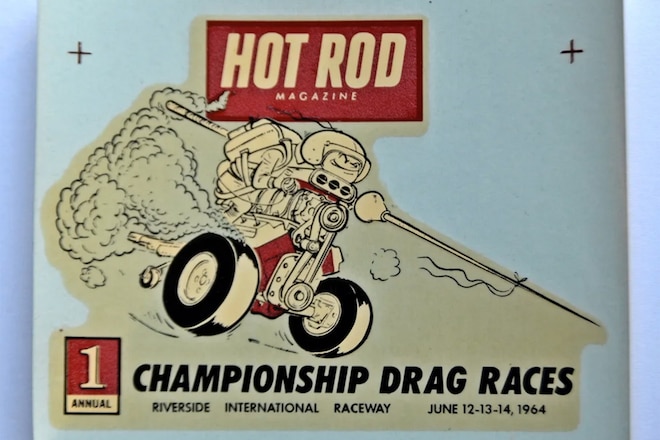 While serving as humor editor at Hot Rod, Stroker McGurk artist Tom Medley created Stroker decals to promote HRM and Mr. McGurk. An inveterate hoarder of all things cool, Medley saved nearly everything he touched, and upon his passing in 2014 a trove of original water-transfer decals was discovered. As TMed would have said, “bitchin’!”

Strokerbymedly.com is now offering these rare, collectible original water-slide decals so your rod can stand out from the crowd. For more information, but hurry supply is limited, so go to www.Strokerbymedly.com

Tom Medley was one of Hot Rod magazine’s original staff members in 1948. His cartoons and photography chronicled America’s post WWII car culture. In the 1960s, as publisher of Rod & Custom magazine, Medley also created the very first Street Rod Nationals as a means to promote driving hot rods on the street.

Original link
Tweet
How do you feel about this post?
Happy (0)
Love (0)
Surprised (0)
Sad (0)
Angry (0)
New Products From Members of the SEMA Data Co-op
SEMA Launches “If I Built a Car” Book Delivery to ...