Takin’ It to the Streets: Cache Valley Cruise-In 2019 ​Another Cruise-In has come and gone for another year. 919 cars made their way to Logan, Utah for the 37th Annual event located 80 miles north of Salt Lake City and just a few minutes from the Utah/Idaho border.


As in past Cruise-Ins many cars came out from all over the country. In fact I spied plates from states such as Colorado, California, Nevada, Wyoming, Oregon and even spied plates from as far east as Ohio who trucked out west for this event. The big elephant in the room is whether the organized Main Street Cruise Parade, which has concluded the event for the past three decades, would continue after this year. That answer will officially come in time but cruise or no cruise the car show event, a fixture of Cache Valley since it all began in 1983, will continue on.

The Cache Valley Fairgrounds, the home of this event, has been undergoing some upgrades and additions over the last couple of years. With those now completed no one this year had to dodge the trials and tribulations of construction. One of those additions is the new Cache Valley Event Center; the new home for event registration and a new addition to the event featuring some pro built rides on a SEMA/ISCA scale that were displayed inside. Another new event added is a burnout competition that was held at HS Customs in North Logan immediately following the Main Street Cruise. Both venues were very successfully attended showing the Cache Valley Cruising Association's commitment to keeping the event going and growing.

The Cruise portion, a personal favorite and my basis for attending my first Cruise-In with my '66 Impala SS way back in 1992, was well attended too. If this was the finale for this event within the overall Car show weekend it was a good one. Let's hope the city, the club and those who rely on all of us coming up to Logan, and the Cache Valley in general, come up with a cure-all that solves everyone's concerns and issues to keep things going in subsequent years and possibly decades.

Until next time…………
See you out and about and keep the rubber side down.
Cheers. 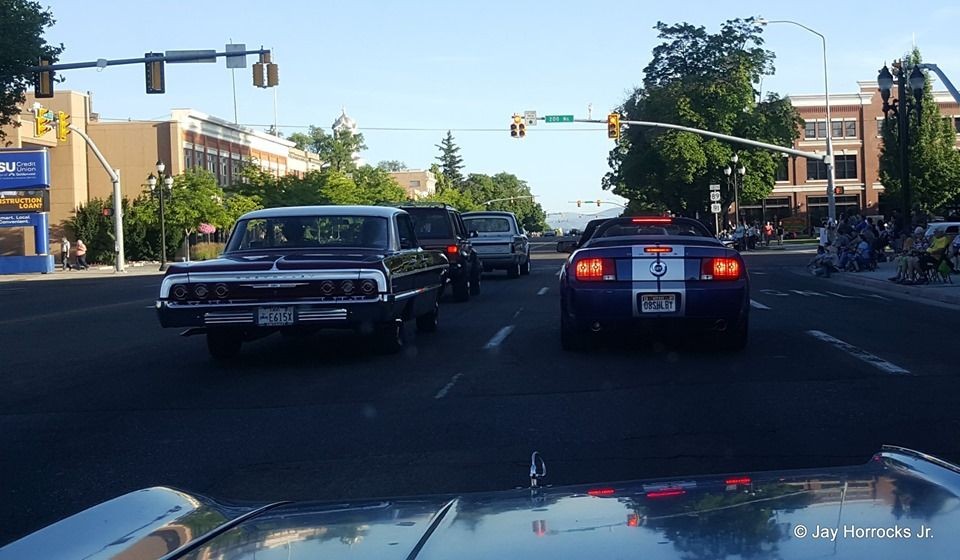 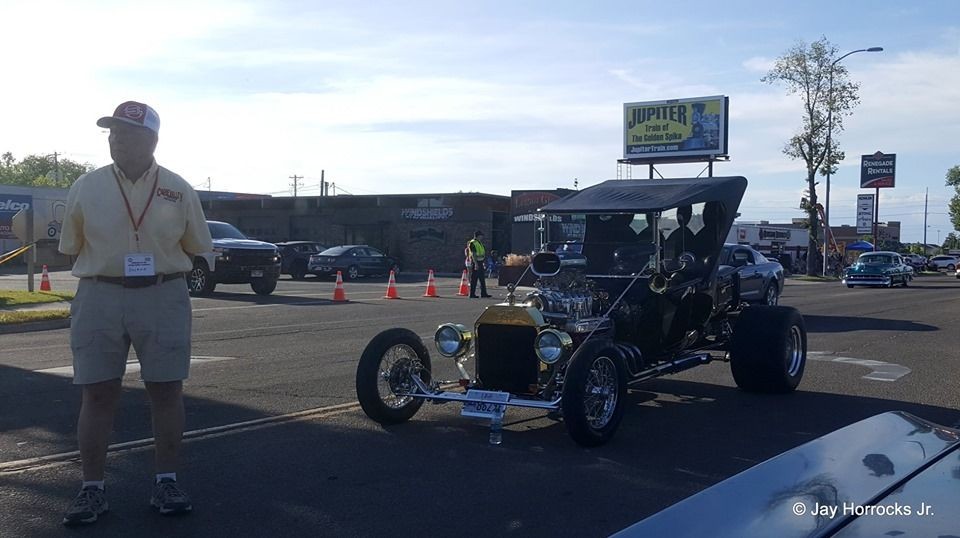 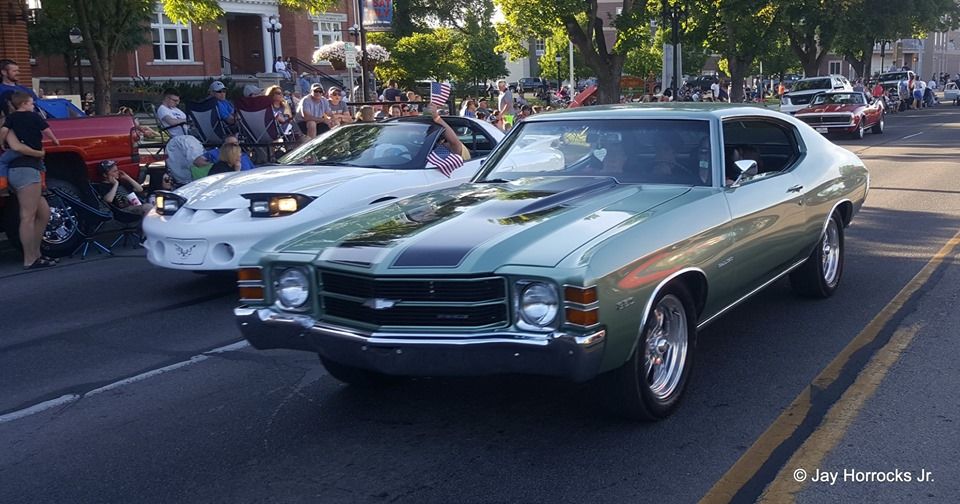 ​This is the 1971 Chevelle Malibu the CVCA gave away at this year's event. Its new owners are taking a parade lap in their new ride. 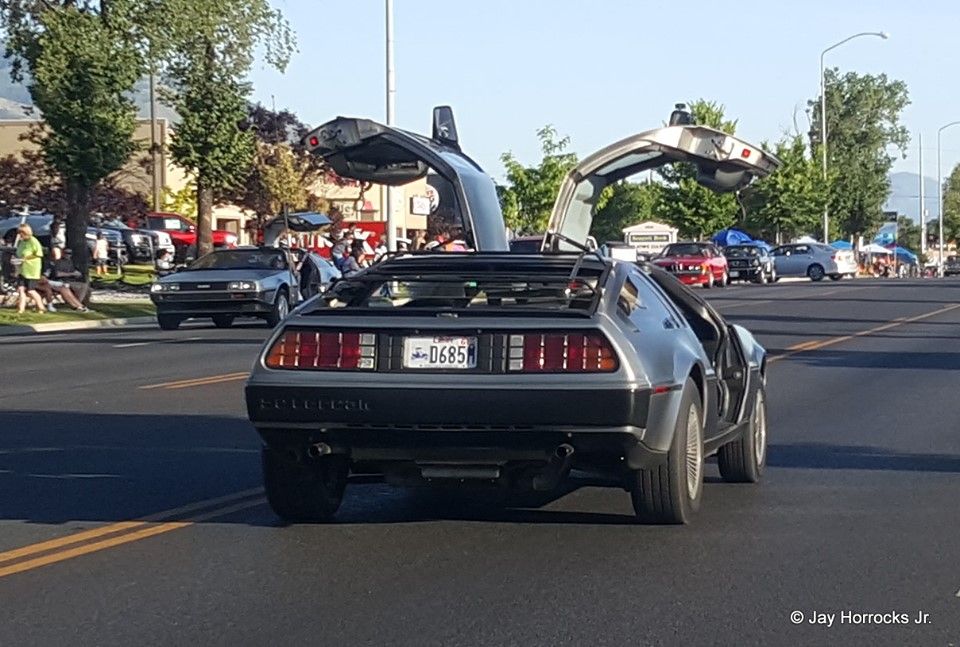 ​When was the last time you saw a Delorean? Well if you were up at the Cruise-In you would have seen THREE of them!! They have been a part of this event as long as I have been there it seems. 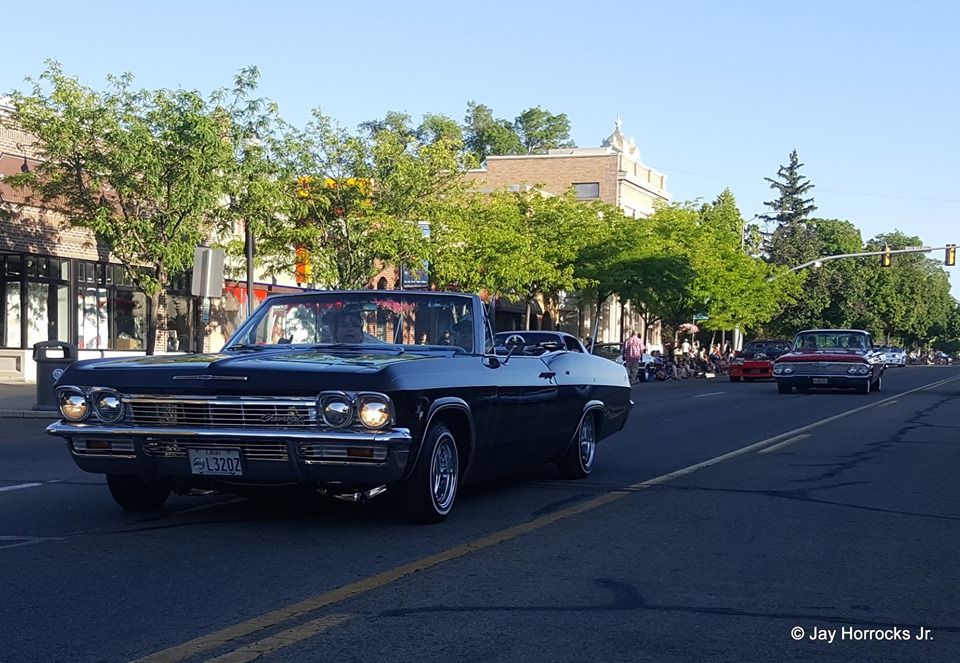 © All text and photos 2019 Jay Horrocks Jr. unless otherwise noted.