Raising “Havoc” Under a Cloudless Sky in Southern Utah Getting back to the well on here as it has been a few months since I have said anything. Call it life getting in the way, writers block, man's search for the meaning life or what have you.

Maybe now Mother Nature will has finally released us from our wintery "wonderland" so we really can get busy with this car show season thing….ya think?

A few weeks ago, chasing sun and other recreational fun that a road trip brings, I headed south to the St. George, Utah area for a car show that was held to raise funds for the training of police K9 dogs.
Havoc is the group who does this service to our law enforcement community and "Havoc @ Brio" was held in the parking lot of the clubhouse for this new development in the nearby enclave north of St. George of Washington City.

This was my first trip to this particular show and the weather and the view were spectacular…not to mention the vehicles on display. Everything from T-buckets to muscle cars to late model iron such as Challengers and Camaros were in attendance. In fact there were a few of us Salt Lakers who made the four hour drive south to escape the cold and snow for a taste of sunshine. In fact yours truly delayed his sojourn that day so the roads north of Interstate 70 in the middle of the state could melt off the slush and other related road crud.

As a bonus spectators were treated to a K9 demonstration by the Washington County Sheriff's Office where these dogs and their handlers showed off their talents. Lots of training goes into these animals for the service they do for our community and it showed that Saturday. As someone with friends in law enforcement I know first-hand what these dogs can do. One time I was a guinea pig and ran with a sock on my arm and one dragged me to the ground until its handler yelled something in German. Needless to say I get phobic whenever one begins a conversation in German whenever a Belgian Malinois is in earshot…

After the show I took a drive down scenic Utah Hwy 9 towards Rockville and Springdale, the home of Zion National Park. Followed by taking the road lesser traveled through smaller towns that the Interstate forgot with time. It was a wonderful weekend amongst the red rocks of Southern Utah to spend a weekend.

Until next time.
See you all out and about and keep the rubber side down.
Cheers. 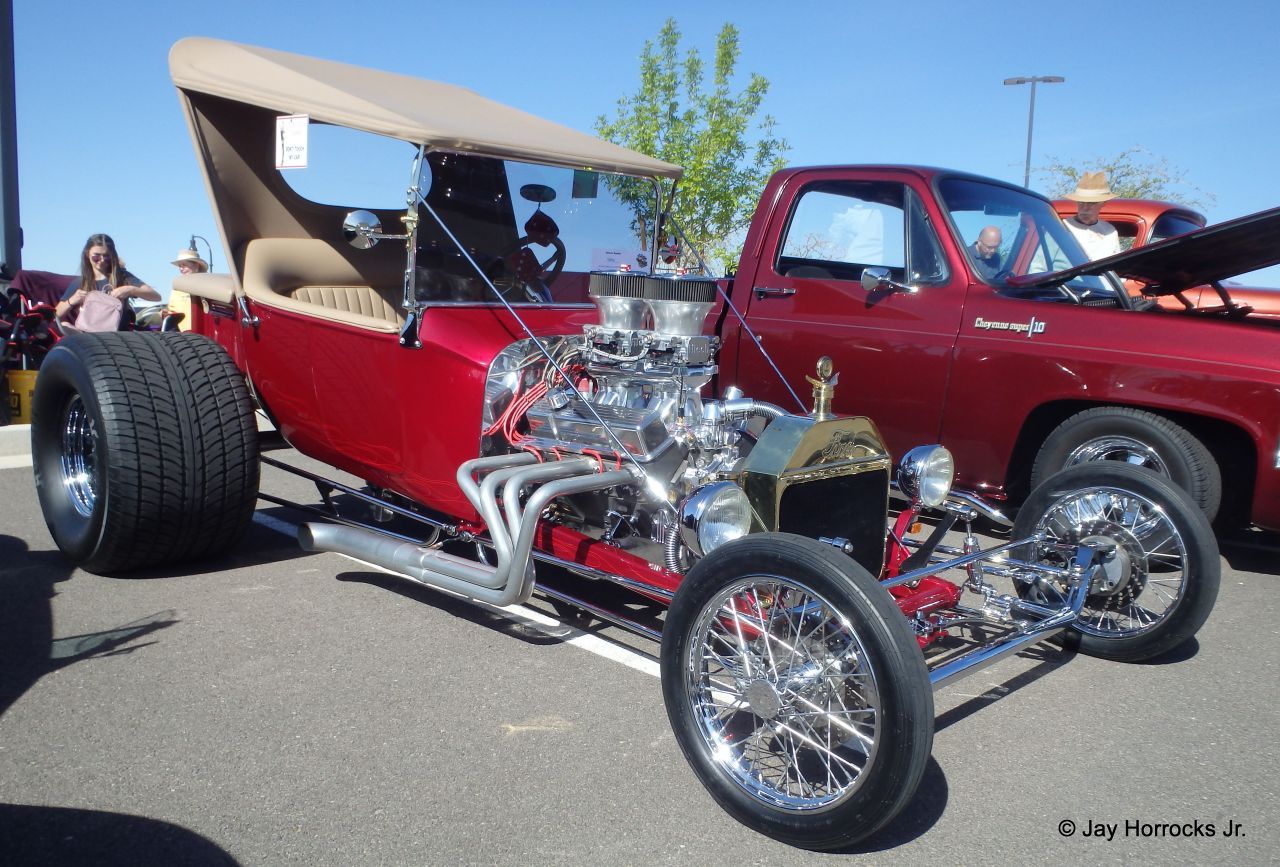 ​This '23 T-Bucket has the look of the past with today's technology! Atop the bucket's tunnel ram are a pair of FiTech fuel injection systems that manages the altitude of the desert quite well. 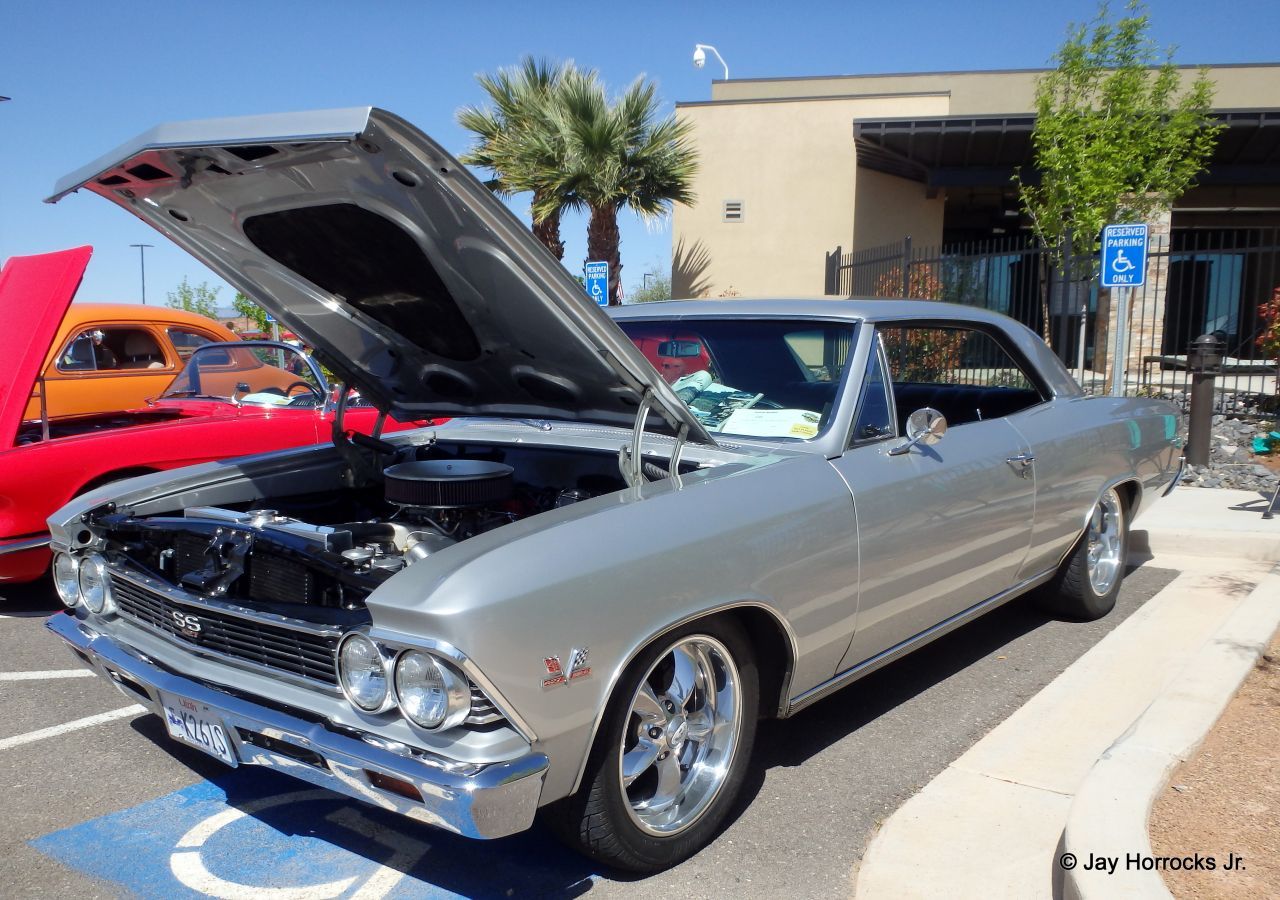 ​I'm always a sucker for a '66 Chevelle and this one deserves envy. From the 427 plant to the hardware of disc brake and where the rubber meets the road. 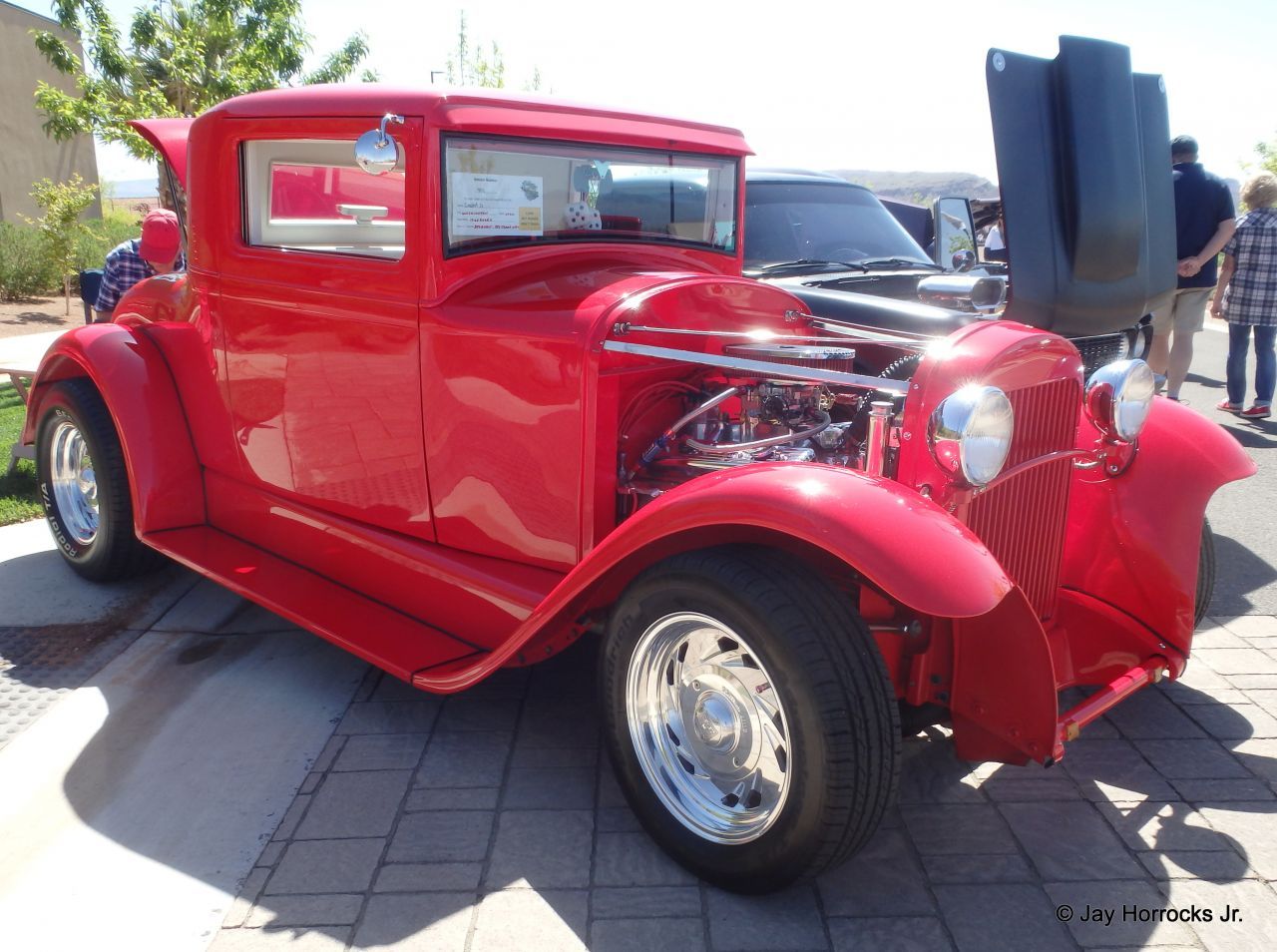 ​When was the last time you saw an Essex at a car show?? This 1928 Essex was originally produced by The Hudson Motor Company and today supports modern day suspension and a Chevy 350.

Juniors66
There are no comments posted here yet