​I'm sure I can pretty much speak for many in saying this summer will have to go down as one of the hottest that I can remember here in the Intermountain West. Triple digit warm air, usually reserved for a place such as Southern Nevada and Arizona has stretched north. Just like the weather the car shows and rod runs have been equally hot as well.


Last Saturday I attended a car show on the Capital City's west side called "A Place in the Sun" hosted by the Nut Krackers Car Club out of Salt Lake City. This year's show was their fourth annual affair and each year the event has grown in numbers. So much so that it was moved from the parking lot of a local Salt Lake City bar, home the previous three runs, to Cottonwood Park where there was plenty of open space and shade for everyone.

A mixture of old and new was on hand and there was something for everyone's tastes in the automobile. Late model Dodge Chargers sat next to traditional and rat rods; 60's muscle cars sat next to chopped and channeled roadsters, customs and classics and so on. Food trucks were on hand to feel the participants and spectators gathered and there were even barbers from the Salt Lake Barber Co. on hand to get that beard, pompadour or whatever hair style shorn up to assist in getting that head and mug looking good on show day…and no I did not take part in that exercise as I am grateful for my locks at this point in my life…..

Money raised from the event went to the Salt Lake VA and the gents did a fine job in raising the funds for their charity of choice. I was told that next year's show will be held at Liberty Park on the east side of Salt Lake City where there is more shade for all. Judging by how this show grows each year they may possibly need the change of venue as this show grows over time.

The previous weekend my travels took me across the salts flats of Utah's west desert and across a couple of mountain passes to Wells, Nevada; A three hour ride west from Salt Lake City along Interstate 80 for the annual Wells Fun Run. This was their 26th annual event and the theme for this year was a salute to the King of Rock & Roll, the late-great Elvis Presley.

If you have never been to Wells for their annual event you are missing out. The Fun Run is a three day event that began Friday with drag races at the airport just outside town. This year the races started a couple of hours earlier as the airport is a SEAT base where planes used to fight fires refuel for the firefighting efforts. Because of the many fires burning in the west this summer the fact that the races were staged at all is a testament to the staff of the airport, the car show and the community as to the success of this event.

Friday night there were slow drags, a barbeque and fireworks at the local casino in town where all in attendance were in good spirits. Saturday brought some show and shine during the first part of the day followed by a poker run. This traversed the varied terrain of the area that went for several miles in all directions. From the old Welcome Station on the old Highway 40 alignment in Starr Valley to the brewery in nearby Clover Valley and from the mountain oasis known as Angel Lake high up in the Humboldt Mountain range to stops in the town of Wells this poker run covered it all.

Saturday evening began with a parade and street cruise down Sixth Street (the old Highway 40 main drag) filled with many of the classic cars that enter the event each year. This was led by the two vehicles that were featured on this year's t-shirt as it has been in the past. Following the street cruise a block over is the burnout contest where smoke and rubber and the sounds of engines with their RPM's pushing the red was the flavor of the moment as the sun drops from view behind the mountains. The evening concluded with a street dance where the community, as well as many of those assembled from the car show, let their hair down to have a good time late into the evening.

Sunday was the final day which consisted of the final show and shine, raffle prizes giveaways and awards ceremony before all assembled loaded up and headed on down the road for another year. It was a good time had by all and the success of this event is due to the dedication by all those involved and their work is duly noticed.

This week is the Wasatch Rods and Customs "Under the Stars" Car Show in Sunset, Utah; One of a few events happening in our world this week. I hope to see you there. Until then…… 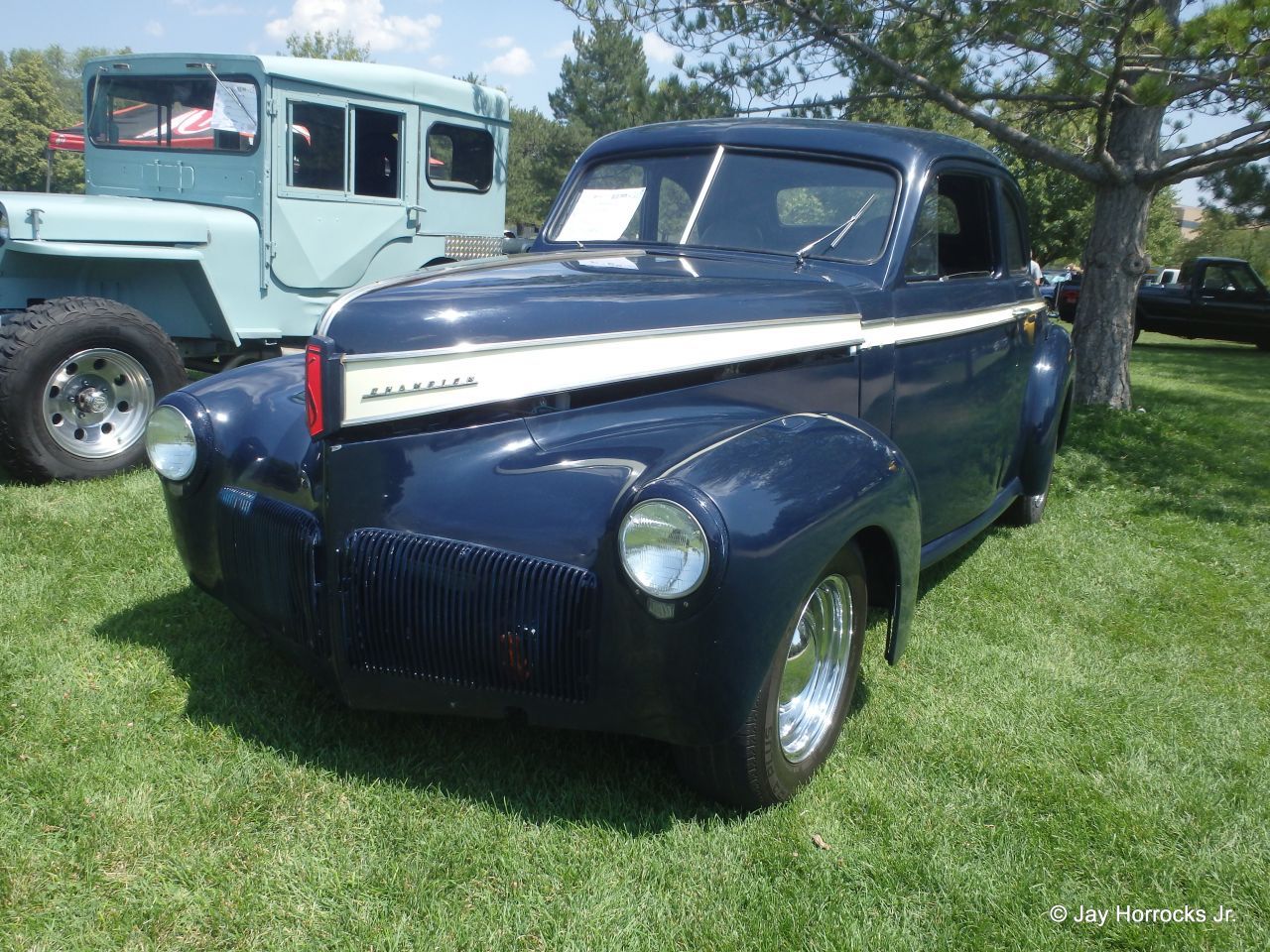 ​When was the last time you saw a Studebaker Champion? If you would have been at the Nut Kracker's "A Day in the Sun" Car Show in Salt Lake City last Saturday you would have seen this one. 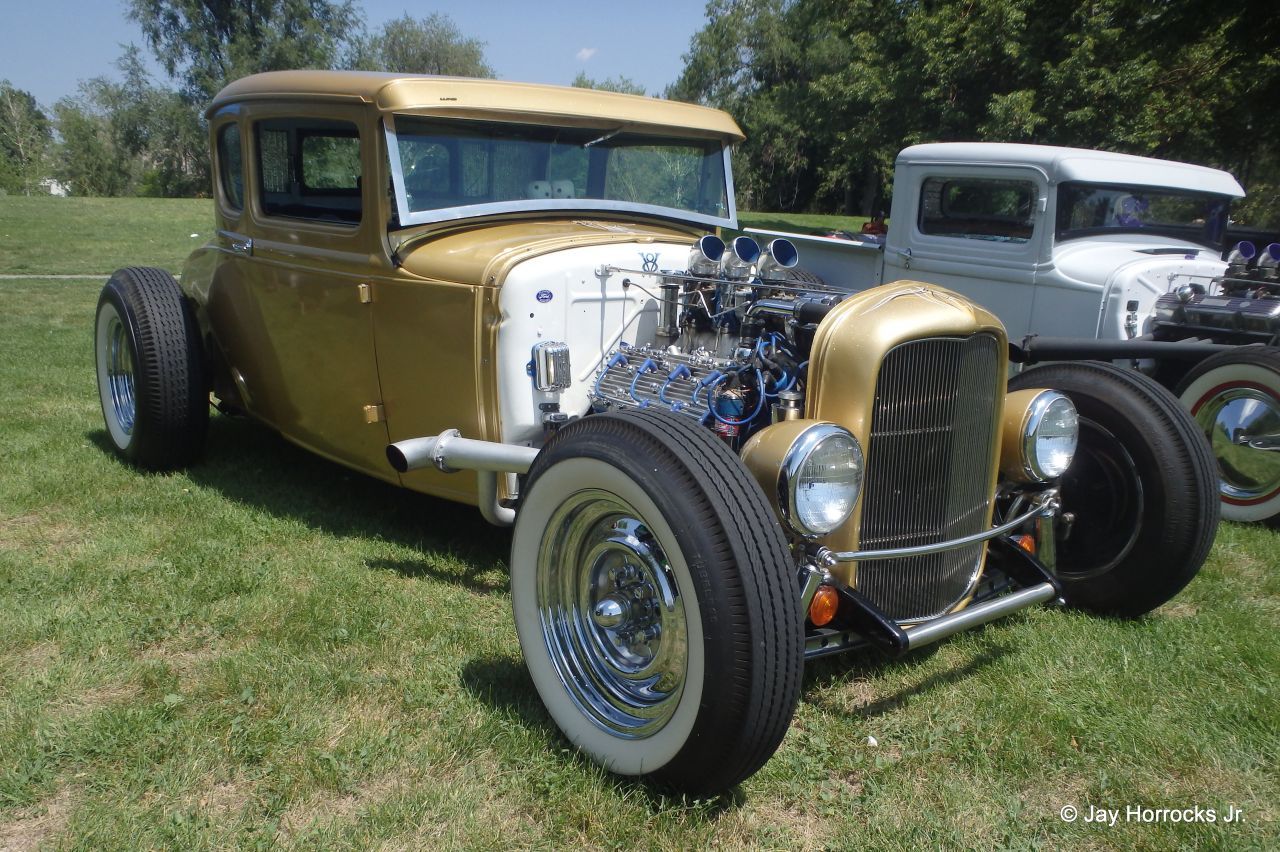 ​Several traditional hot rods such as this five window Ford deuce were at the Nut Kracker's "A Day in the Sun" Car Show. This deuce runs a flathead V8 and runs and sounds as well as it looks. 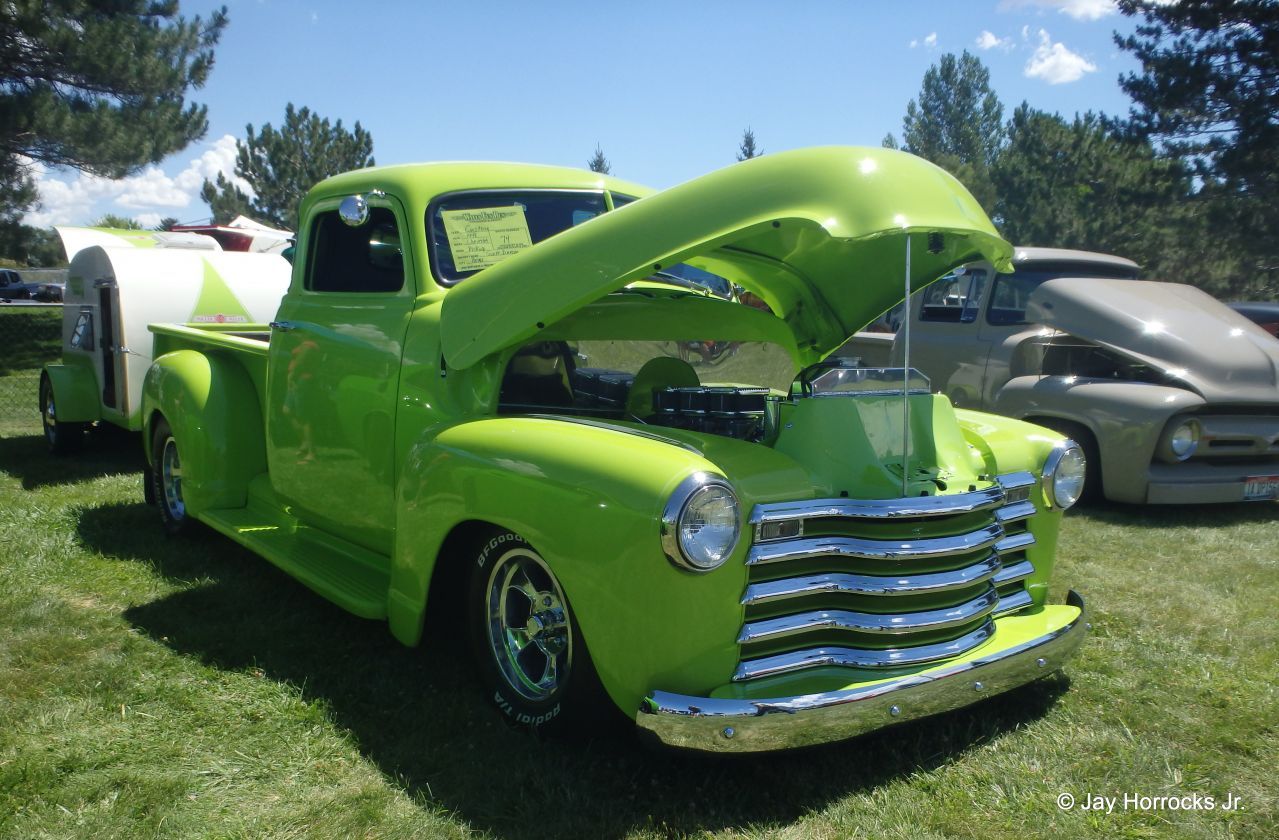 ​This custom 48 Chevy Five Window Pickup features a three inch chop and travels with a period correct teardrop trailer with all the adornments. One of several nice rides at this years Wells Fun Run in Wells, Nevada.

Nice update. Thanks Jay. See you at Under the Stars this Saturday!