Mesquite Motor Mania: Fun in the Sun in the Warm of Winter ​It's good to be back for another year. This is the second year of the Random Roddin' blog and I am glad to be able to share with you more stories and happenings in the world of internal combustion. Like many of you winter is a time to do upgrades, fixes, or replace parts. Not to mention any other nagging automotive issues on our rides so we can cruise preferably breakdown free all summer long. There has been no shortage of this to both of mine…...


The '66 needed some minor front end work that will be completed shortly and the Malibu received an upgraded steering gear in November. All was well until a month later when, after making a late night test run down the freeway in the hopes of being able to taking it to sunny Mesquite in January, the 'Bu's antiquated valve train broke a spring on number four intake valve! Thankfully the spring retainer did its job and I didn't drop the valve into the cylinder at 80 MPH ruining the engine. Because of this the 'Bu missed out on a nice weekend in Mesquite and I will be upgrading cylinder heads in the not too distant future.

Having said that I did make it to Mesquite after all. Car show in January you say??? Well the beauty of the American west is that in a few hours' drive south of Salt Lake City you can be in 50 and 60 degree weather all winter long. The southwest rodding scene never slows down during those off months when those of us residing in the usually frozen tundra are locked in our garages and workshops fine tuning and working on our rides in anticipation of that "spring fever."

Mesquite, Nevada is located about eighty miles north of Las Vegas and about forty miles south of St. George, Utah along I-15. An anticipated portion of the journey for me is the twenty eight mile ride through the Arizona Strip on the 15 through the Virgin River Gorge. A drive that is fun in a vehicle with a finely tuned suspension (or even a backyard mildly tuned suspension like the 'Bu has.) In spite of aforementioned car issues the drive through this wonderland of erosion created over thousands of years is in awe of the wonders of nature. Even the highway itself is a wonder as it took over twenty years of design and construction before it was completed.

This particular weekend I made an overnight stay in St. George Thursday night so I could be fresh for the Friday morning driving down to Gorge for day one. Mesquite Motor Mania is a three day event that takes place at the properties of the Casablanca and Virgin River Hotel/Casinos. A sizeable portion of the show and shine, along with a few vendors, also takes place on the property of the former Oasis Hotel/ Casino now long gone. More vendors, including an automotive related swap meet, were at the Casablanca property as well.

The event is pretty much open to all makes and models of vehicles which, in the past, have been of both the two and four wheel variety…even more! It's not uncommon to see a commercial rig such as a customized bus or big rig somewhere on the grounds on display for all to see.


On both days they hosted a cruise to all the venues in town. The main drag, aka Mesquite Blvd., showcased many vehicles in the show as they made their way through the center of town mid-afternoon both Friday and Saturday. As a bonus several of them ran open headers to the delight of many of the spectators lining the roadway each day. At the close both days a slow drag and burnout contest was held at the Casablanca property. The burnouts were a popular activity as one outfit was fitted with special "hides" that changed color as the smoke billowed from the rear fenders to the delighted cheers of the crowd.

It should be noted that cars from multiple western states were in attendance. In past years the vehicles hailed from the warmer climates of Arizona, California and New Mexico as well as Southern Utah. However this year there were vehicles a plenty from Colorado, Idaho and Montana. Northern and Central Utah were well represented this year as well. According to the folks involved entrants numbered close to 900 vehicles for this year's event. Add the numerous spectators on hand that were in town for this and other happenings that were scheduled that weekend you can understand why Mesquite was the place to be in mid-January.

Things locally will be heating up soon besides the weather (if it's not unseasonably so already.) Carvention, Grantsville Sociable and Autorama are forthcoming with a sampling of cruise nights and small shows planned for as early as next month! Hopefully Mother Nature doesn't throw us a curve ball to quote a summer pastime. I plan to be at all the above, in spirit if not in body, car or no car. The 2018 car show season is almost here.

Until then….
See you out and about and keep the rubber side down.
Cheers! 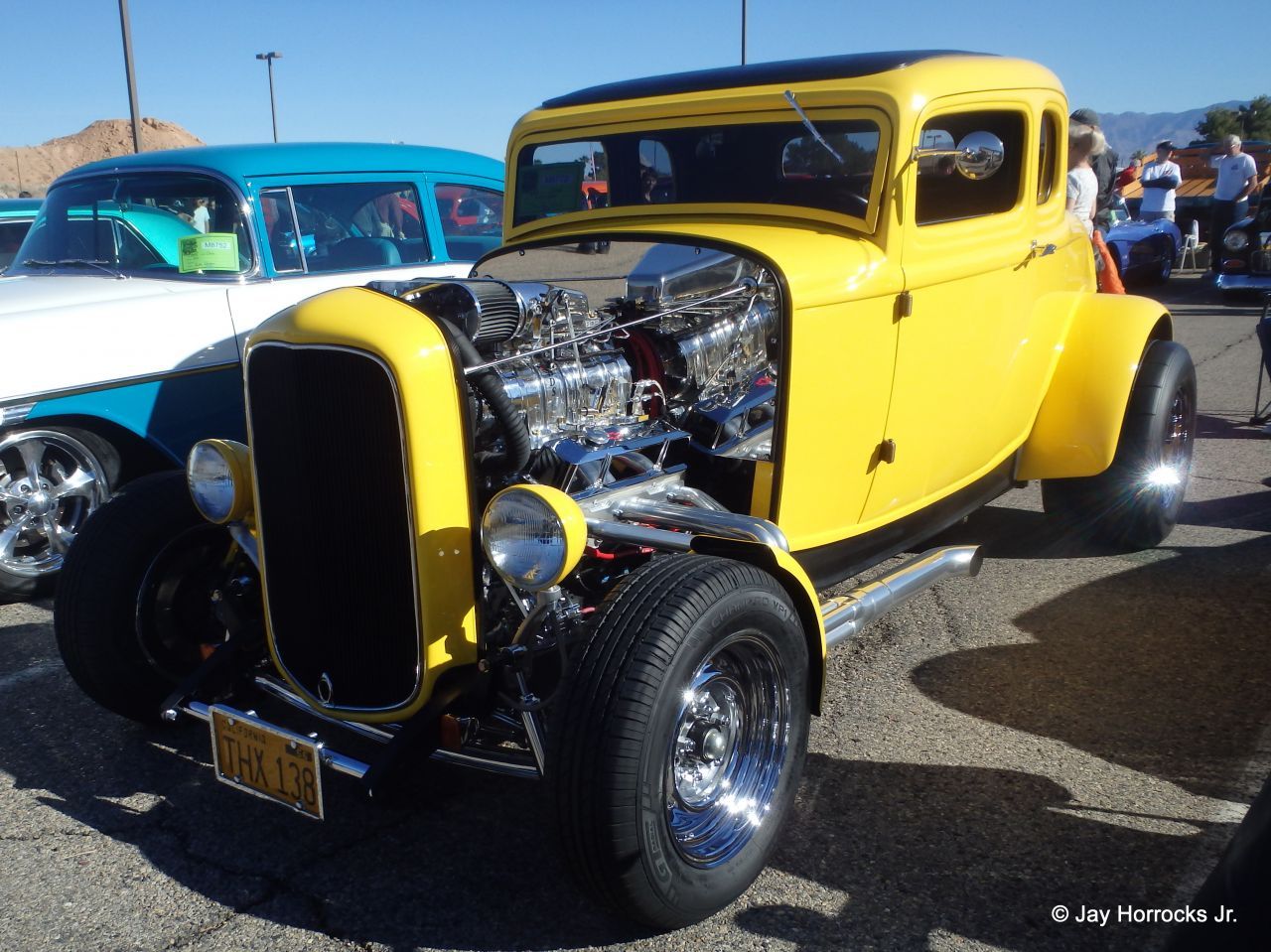 Where were you in '62? This 32 Ford is a tribute car to the one ol' John Milner cruised the streets of Modesto, CA with in the 1973 movie "American Graffiti." 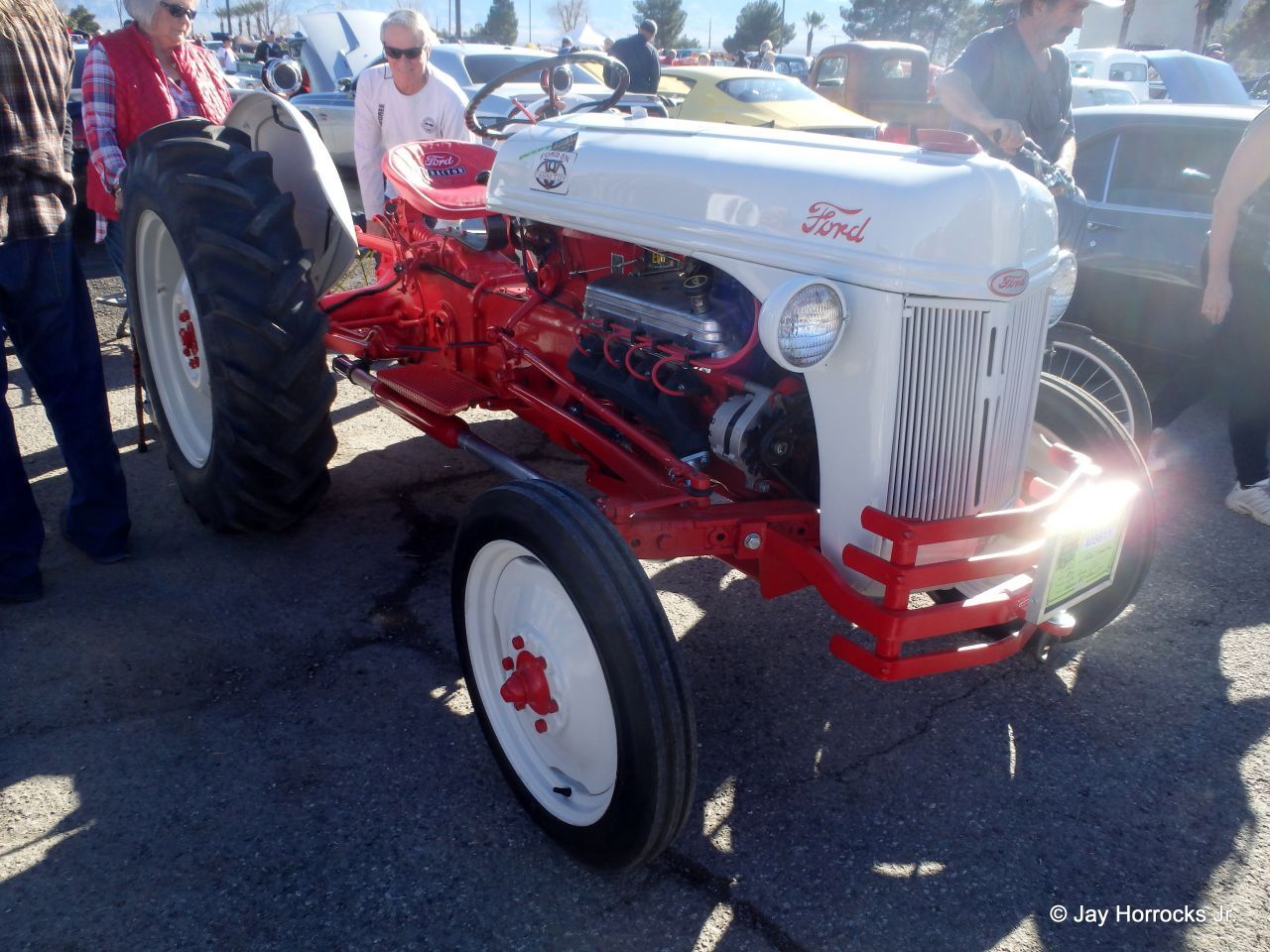 When was the last time you saw a V8 powered farm tractor? This 1950 Ford is powered by a five liter (302) Ford V8!! Imagine plowing the back forty with this outfit..... 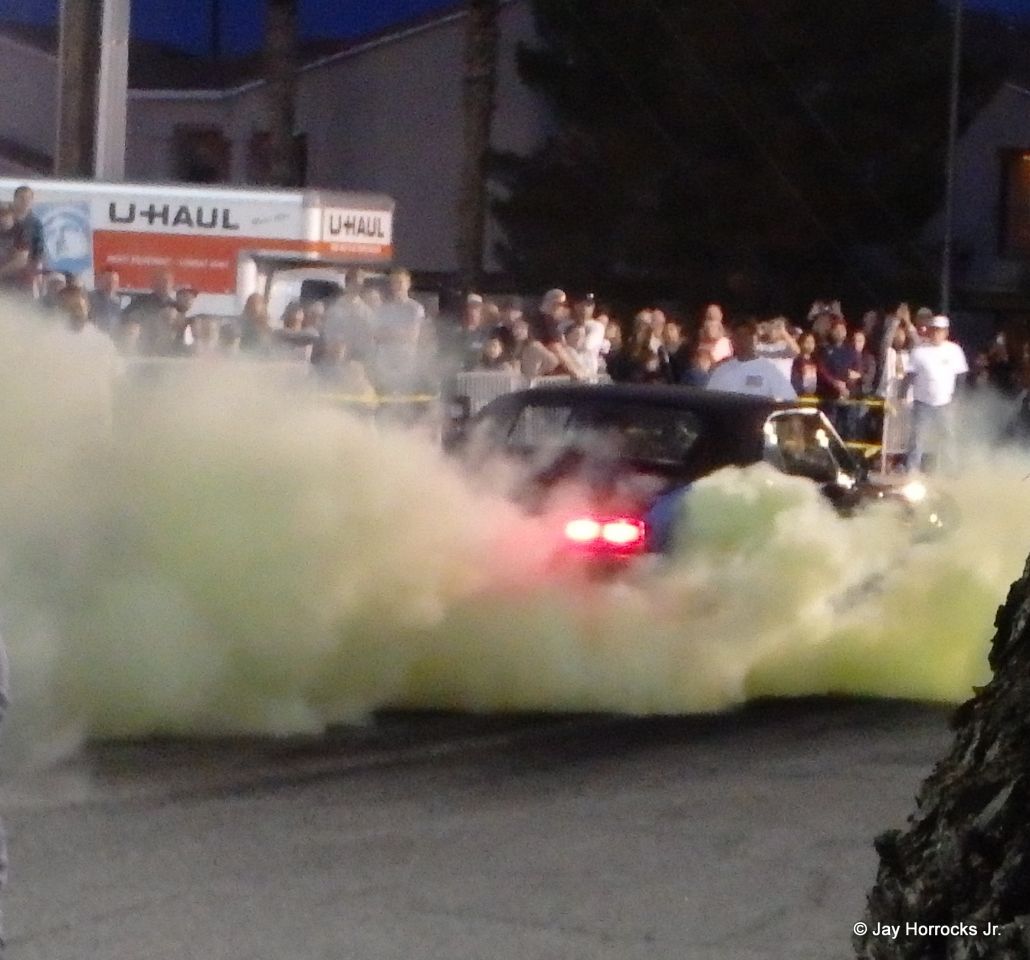 The burnout contest at Casablanca was filled with the sights and smells of horsepower. This owner put special tires on that change colors during its burnout.
Tweet

Great post Jay. I need to make it down there to the Mesquite show one of these days. Besides it’s much warmer than it is here. See you soon!