With the holidays in the rearview and the new year/new decade newly among us diehard gear heads and fans of all things internally combusted look forward to another round of cars shows, cruise nights, car meets and racing action that a new year brings.

While the mercury hovers below freezing bringing more rounds of snow, fog and cold to most of Utah many diehards of the Beehive State and beyond head south in January for the warmth of the sun. A tradition that stretches currently a dozen years and counting. I'm referring to that citywide celebration of motorsport known as Mesquite Motor Mania annually held over Martin Luther King Jr. weekend in the border resort community of Mesquite, Nevada. Mesquite is located roughly eighty miles north of Las Vegas and approximately three hundred miles south of Salt Lake City.

Each year the city experiences an influx of people and their customs, muscles cars, classics, trucks, bikes and other avant garde modes of customized transportation. The lion's share of activities happens on the south end of town. This is where the Casablanca Hotel and Casino host show vehicles and several driving events such as slow drags and the wildly popular burnout competition.

The lot across the main drag in town, Mesquite Boulevard, was the former home of the long ago razed Oasis Resort and Casino where there were more car related things to see and do. An equally large amount of display vehicles were on hand as well as assorted vendors, a car corral and swap meet to keep everyone busy. I spent the bulk of my time there as I usually do each year. With sun and temperatures in the low 60's, save for the occasional north breeze, the weather this year was wonderful.

All told over 900 vehicles were registered at this year's event.Many beautiful rides took home awards and cash prizes for their craftsmanship or popularity. Most rides this year came out of Nevada, California, Arizona and Utah. While a few rides sporting Idaho, Montana and Colorado plates were in attendance this year several were thwarted by a winter storm in Utah that scared some away. Unfortunately the paradox of travel during Old Man Winter's seasonal reign is a necessary evil of traveling through or residing in the Intermountain West.

It was just what the doctor ordered to starve off the winter blues before Northern Utah's season gets underway in March.

Until next time………..
Be true to yourself, be real and keep the rubber side down.
Cheers! 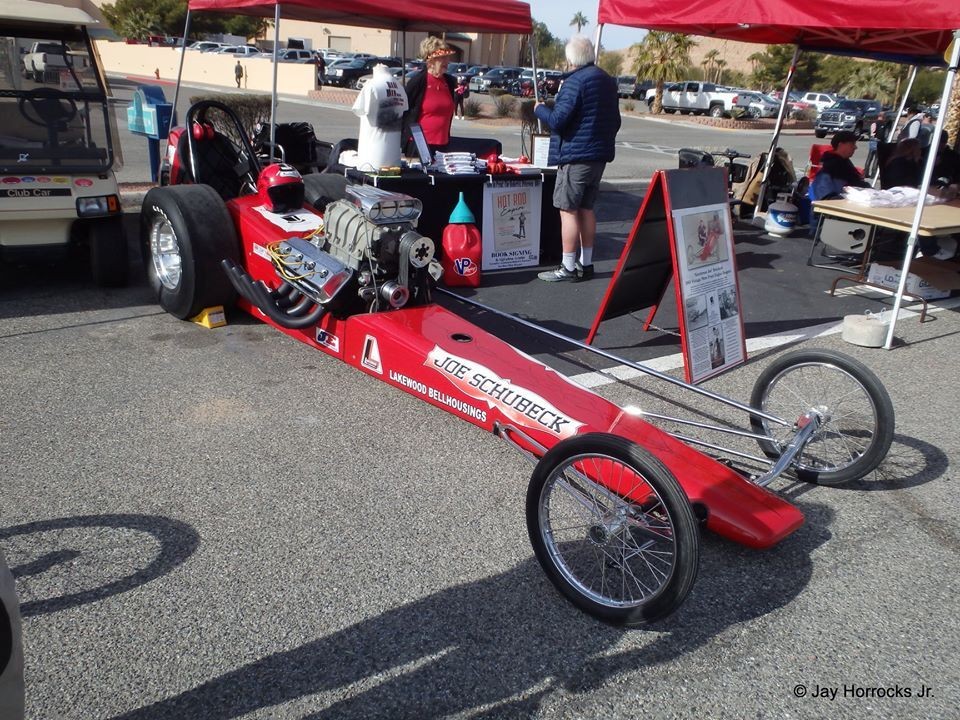 It’s not every day you see a vintage front engine dragster at a car show. Because of this it becomes standard operating procedure to stroll on over and check it out. Because this particular machine, complete with Gentlemen Joe’s racing helmet, made for a great visual. 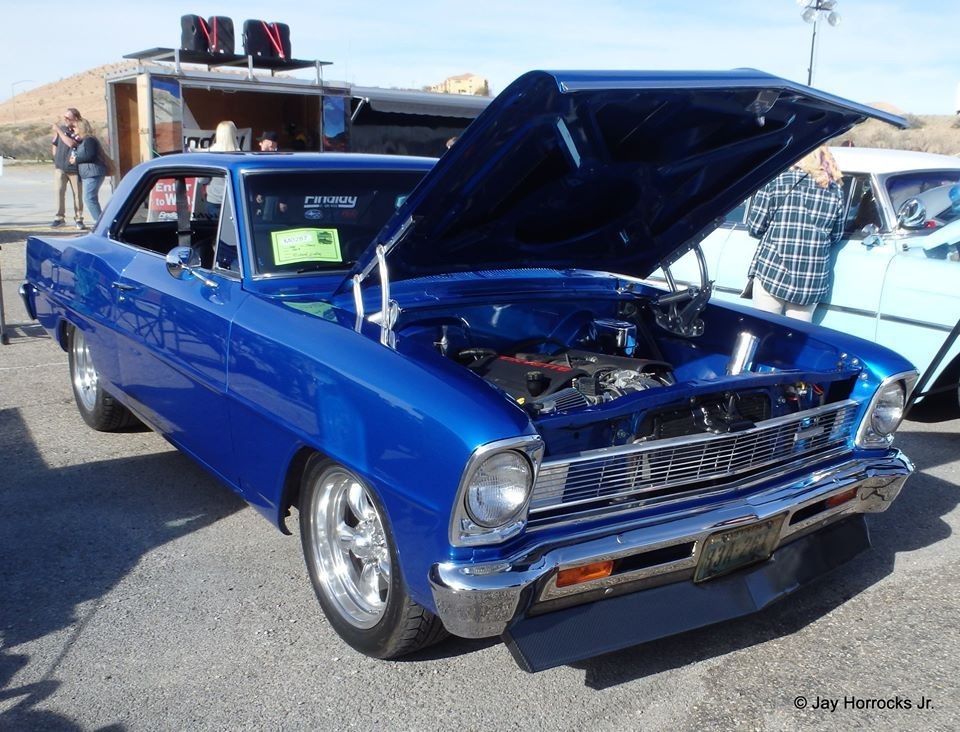 This LS powered restomod ’66 Nova SS is a beauty. But what I personally gravitated too was the custom fabrication of the roof mounted shoulder restraint seat belt system while utilizing a modern, but proportionate, seat design. The first 60’s GM hardtop I have seen that sports this. Having a hardtop myself I was more than interested in the look and the functionality. 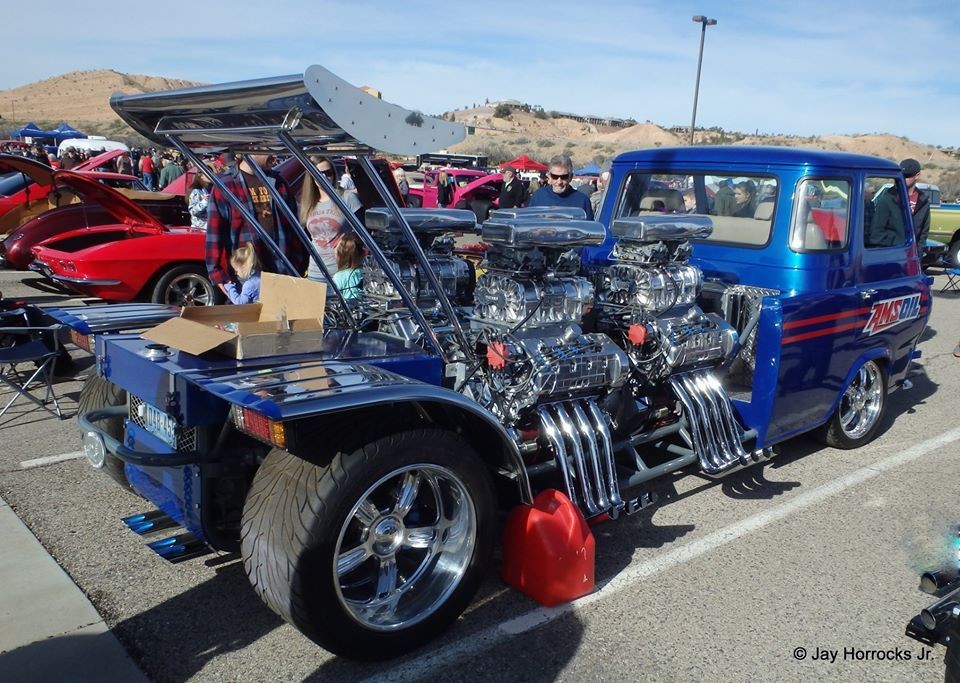 Go big or go home….This 1960 Ford Econoline sports a whopping four blown V8’s for its powertrain. Not to be outdone the owner also had a bike sport twin v-twins and a ’27 Ford T-bucket sporting twin blown V8’s as well displayed. All three of these creations bathed in this same beautiful shade of blue.
Tweet