Memories of Wendover Raceway: “Tachin’ It Up Before Shuttin’ It Down.” A five-window deuce coupe boils the hides at Wendover Raceway in 2005.

​Every August for several decades many speed seekers and spectators converge on the twin cities of Wendover, Utah and West Wendover, Nevada. They come from near and far to attend the world renowned spectacle of speed known the world over as Speed Week at the Bonneville Salt Flats. Its broad expanse stretches for several miles, brings in thousands of people thrilled over seeing vehicles travel at record-breaking speeds and the drivers are challenging the sound barrier along with challenging their mortality.

However in the late 1990's until about seven or eight years ago there were demons of speed that traveled to the Wendover area to take on another form of the sport in a venue that challenged both man and machine. But wasn't as remote or as barren as the aforementioned Salt Flats of the Bonneville Speedway.

Wendover Raceway was a one-quarter mile drag strip situated at the east end of Wendover , Utah on Airport Drive. Portions of its existence were former runways and airstrips from the now-historic Wendover Airfield. The airfield's significance and restoration eventually led to Wendover Raceway's demise around 2011 or so. During those years many would travel from Salt Lake, rural northern Nevada and even portions of Idaho and beyond to take on those 1320 feet of fun.

Field elevation was 4100 foot sea level and it was asphalt track with a 320 foot concrete pad at the tree.
Research I uncovered from dragstriplist.com/Utah, and other internet sources such as archived message boards and the like, listed that Wendover hosted their first drag racing event in 1997 and their last around 2011. In an effort to stay alive it was noted that because of the restoration of the airfield races were conducted as a 1/8 mile track just prior to its permanent closure.

My first memories of heading out west to the track were from the mid 2000's. A group of us would go out to race or be spectators for the others we knew that would be out there to put the hammer down. This was a couple of years before my '79 Malibu would have the 400 between the frame rails and after that the recession and my eventual unemployment because of it put the skids on upgrades that wouldn't occur until after this particular raceway closed. But in the mid 2000's I took it in as a spectator and apparently now as an archivist.

These photos you're looking at today came from Hi8 video I shot on three separate trips to Wendover Raceway in 2004 and 2005. The stills are grainy but that's all I have as I really didn't pursue my digital photography muse until years later. But watching these old videos brought back memories of cars, places and faces that my memory had filed in the back by the food storage and the fire safe.

It wasn't built on a par with tracks like Rocky Mountain in Salt Lake City, Firebird in Boise, ID or Las Vegas Motor Speedway for that matter – it was not supposed to – but it filled a niche, a need if you will.The track was rough in spots and the crash wall was a series of interlocking old tires in certain spots. The timing tower and announcer PA were primitive but got the job done. There were no lit signs with times at the end of the track, no snack bar and recollections of tech are hazy at best. Probably because I personally never raced there is why in that respect. If you didn't hear the announcer giving out elapsed times you probably didn't know them but few complained. It got the job done and did for several years before the airfield reclaimed her old home and domain.

The need today for smaller tracks like these is still great. Rumors of building new drag strips in smaller, rural Utah towns have swirled for decades. Aside from the cash-in folks and a group of dedicated racers in Southern Utah a few years back no one has been able to make it happen. However a group of dedicated racers run a small track a skip over the Utah border in Evanston, WY called Hypoxia Raceway; named so because of the 6000+ foot elevation there.

Wendover Raceway is resigned to history now soon to be joined by its big brother to the east Rocky Mountain Raceway (RMR.) A year from now large, boxy warehouses will dot the landscape there on hallowed ground where many of the famous and infamous made their mark. Just like Wendover its demise is all in the name of business and "progress." When RMR folds their tent soon the closest big facilities will either be in Boise or Las Vegas…and I don't think Hypoxia will be able to accommodate all the overflow from the Utah void………..

Start your engines….and let's build something!

Until next time…..
See you out and about and keep the rubber side down.
Cheers. 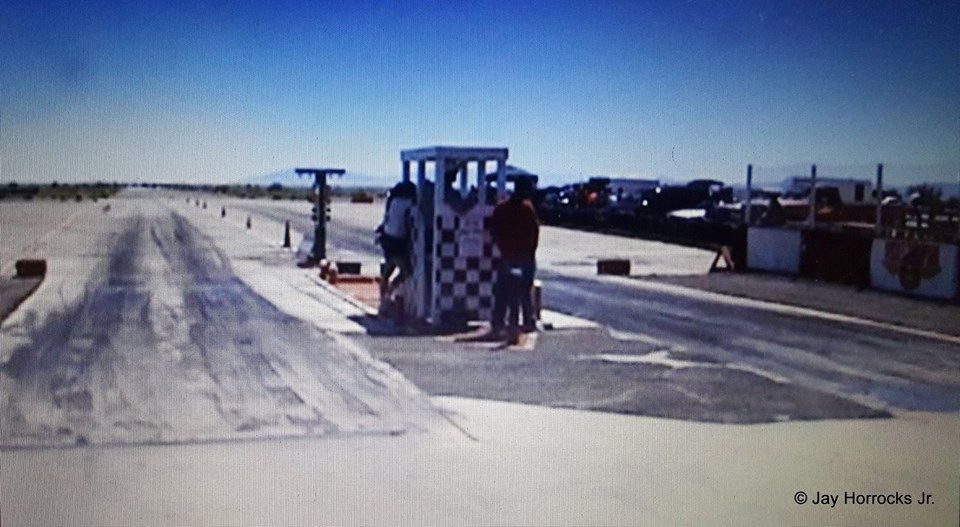 ​The view from behind the burnout box at the defunct Wendover Raceway. The shelter behind the tree was the timing tower and the announcers booth. 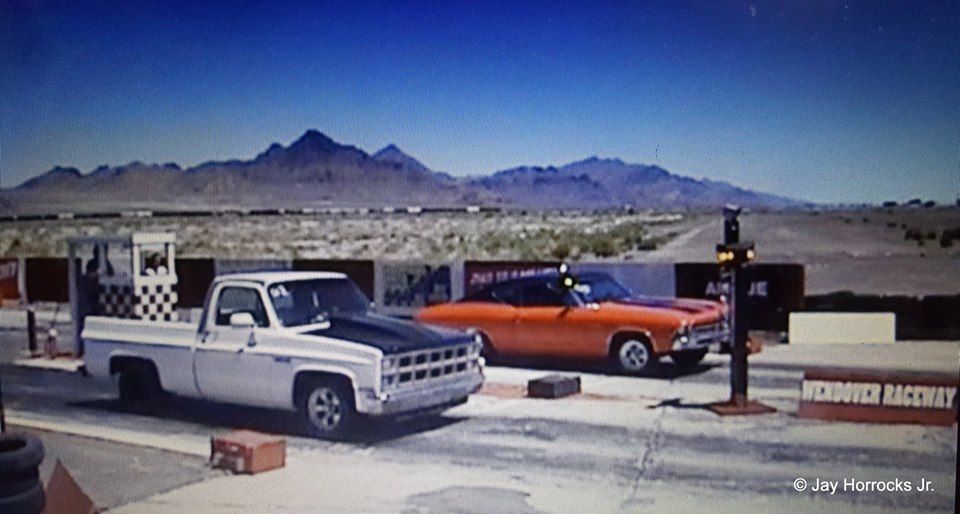 ​A friend's square body Chevy pickup lines up with a Chevelle to run the quarter which was part of the original runway from the historic Wendover Airfield. Now back in operation. 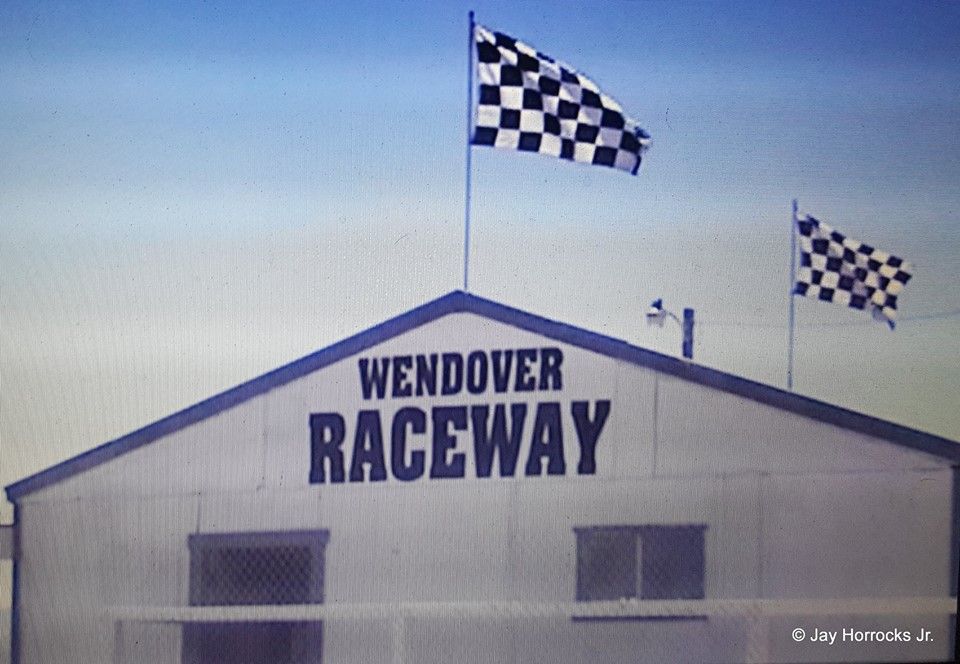 ​Part office, part museum this building contained offices, some photo and a bunch of framed Hot Rod magazines from the golden age of drag racing. 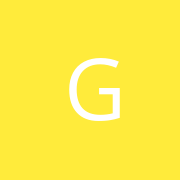 I raced a couple of times at Wendover Raceway and had a blast. No real tech inspection and you could basically hot lap it all you wanted.
Hypoxia is neat, but I really like the 1/4 mile as opposed to the 1/8 mile course. I hope they build a 1/4...

I raced a couple of times at Wendover Raceway and had a blast. No real tech inspection and you could basically hot lap it all you wanted.
Hypoxia is neat, but I really like the 1/4 mile as opposed to the 1/8 mile course. I hope they build a 1/4 mile track in Tooele like has been rumored.

Read More
Phil
There are no comments posted here yet 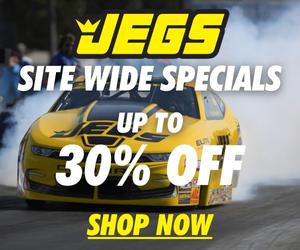