​As hard as this is to believe we are at the halfway point of the 2017 show season. I know it sounds farfetched that we have arrived at this point but we indeed have. The abundance of shows this year astounds as it becomes mental torture picking and choosing where one wants to be on any given weekend. I know that maybe comes off as cliché but it's the truth.


Last weekend I attended the Cache Valley Cruise-In up in Logan, Utah. A three day event that just wrapped their 35th outing on Saturday with a show and shine at the fairgrounds, a cruise on Logan's Main Street and the giveaway of a beautifully restored 1937 Ford Pickup.
I have been attending this event since 1992 with the '66 in its current configuration and, in spite of changes in format among the evolution of maturity; I have always come away having a good time. In fact many of the folks that I call close friends I have met at this event over the years.

This year's event started off Thursday with a poker run around the Cache Valley where afterwards participants were treated to a meal by a local convenience store chain. Friday a fun run took place up Logan Canyon, also known as scenic US Highway 89, for a 40 mile trek up to Garden City, Utah on the shores of beautiful Bear Lake. For many years this was the path of the original poker run held the day before and my most favorite part of the weekend. Now it's become a scenic drive for those who choose to drive their vehicles for a nice change up to head into the mountains for some cool air and some amazing views and vistas of the mountains and of Bear Lake that straddles the borders of both Utah and Idaho.

Following the conclusion of Friday's fun run and some show and shine at the Fairgrounds a concert from 80's hard rock band Night Ranger was held at the rodeo arena which was well attended.

The Saturday Main Street Cruise is also a favorite of mine as well; an hour and a half chunk of time to relive a significant portion of what we did for fun on a Saturday evening back home in front of a crowd of thousands of people. A fourteen block chunk of the downtown main drag is blocked off to registered participants who cruise the strip in the hopes of not boiling over. Those cars were in the minority this year due to the cooler temperatures and possibly due to the evolution of cooling systems in today's rods and customs. Not to mention the help by local law enforcement at the event staff to assist in helping to keep things moving.

Many of my most fond memories were of what happened downtown after the cruise parade concluded. Just like how a typical hang on Main Street was on a Saturday night in virtually every small town with a lengthy Main Street but only on a much more grand scale. But like my youth and other pop culture items now in the rear view such activity is relegated to the history books. Nonetheless those days are what I hold most dear every time I pull the '66 onto Main Street each year for that event…and not many can say they can do that in the same car they created those memories in twenty six years earlier!

From one of Utah largest shows to one on a much smaller scale the weekend prior I attended the Old Capitol Cruisers 30th Annual Car Show, held in the park surrounding the territorial capitol building, in downtown Fillmore, Utah.

In the 1860's the capitol for the Utah Territory was moved to Fillmore and construction began of a capitol building. Only one wing was completed before the capitol was moved back to the more populated Salt Lake Valley. The building, which today is a state park, makes a nice back drop to the classics, customs, muscle cars and even original vintage vehicles and farm tractors that have participated in the past.

One thing that sets this show apart from the other small car shows that dot the central Utah region is the burnout contest. Center Street is blocked off in front of the old capitol building and the city even gave the go ahead at one time to have a concrete pad poured in the middle of the street for this event!
Many of the city streets in Fillmore are wide and Center Street is no exception making the spectator views of this event from a safe and distant place.

This year eight vehicles participated in the contest ranging from old pickup trucks to large and in charge four doors to a '65 Malibu sporting Nitto's that give off colorful rainbows of tire smoke to the cheers of those assembled. Following was the show and shine that featured over fifty vehicles of all makes, models and years. It was a nice and relaxing day in the shade where the hustle and bustle of the city are no where found and the small town congeniality can still be found within a couple hour drive of the Wasatch Front.

Well…that's a brief snapshot into my world of the last couple weeks. Lots of summer left with lots of shows to attend lots of places to see and lots of people to meet out there.

Until then….See you out and about and keep the rubber side down.
Cheers. 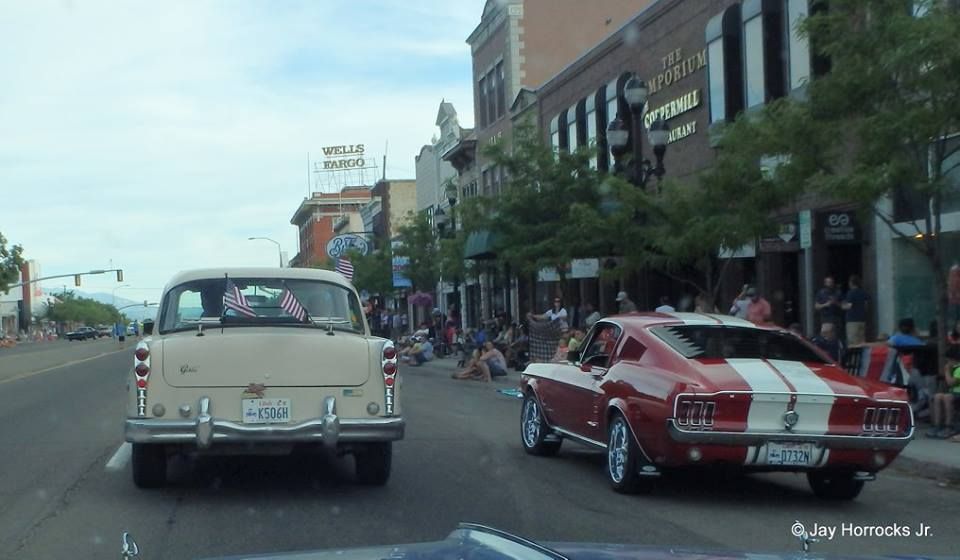 A 1972 Checker Marathon and a fastback Mustang are just two of the rides seen lapping Main Street on Saturday during the Main Street Cruise during the 35th Annual Cache Valley Cruise-In in Logan, Utah.. 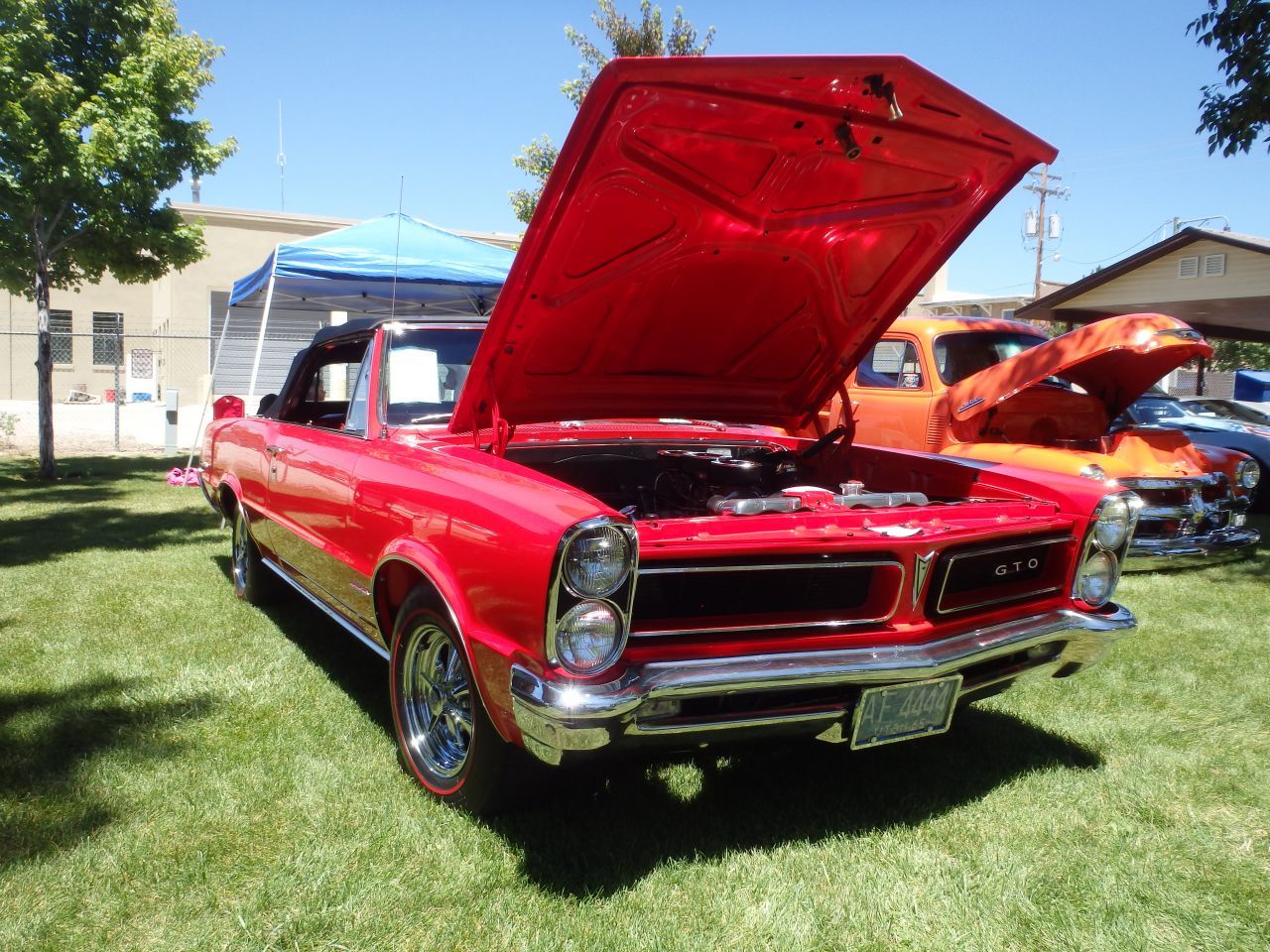 ​This '65 Pontiac GTO Convertible was one of several cars on display back on June 24 at the 30th Annual Old Capitol Cruisers Car Show in Fillmore, Utah 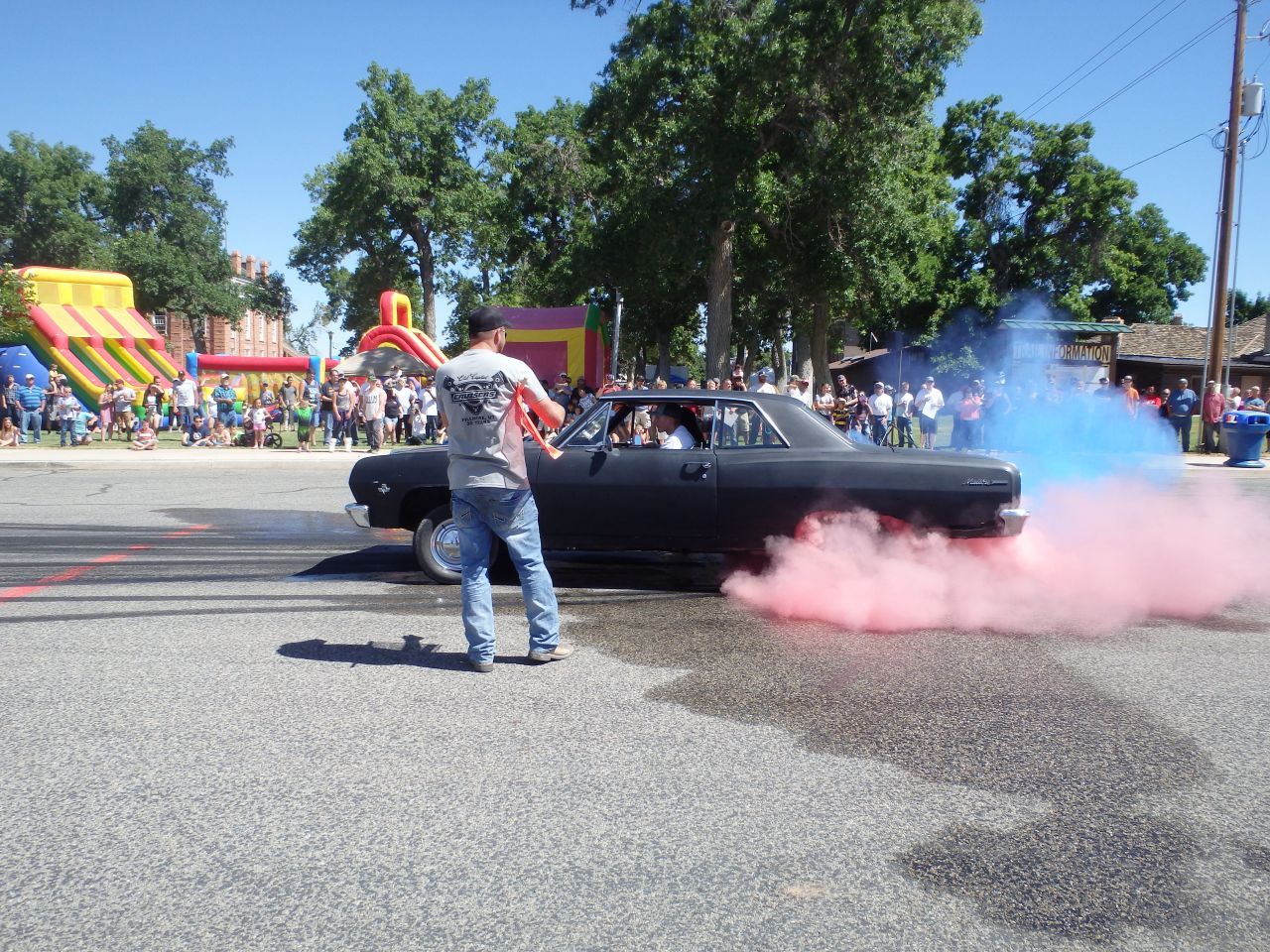 ​A '65 Chevy Malibu "boils the hides" in a kaleidoscope of colors during the burnout contest at the 30th Annual Old Capitol Cruisers Car Show in Fillmore, Utah.

0 Cancel Reply
Thank you Steven. It's been a wild ride of late.......Cheers.
Cancel Update Comment