Sometimes I have to pinch myself to see if it's real or not. The rods, customs, leadsleds, ratrods and muscle of all types are beginning to emerge from their wintertime hibernation and slumber. Down time transformations, modifications and general maintenance and upkeep keep many a car enthusiast occupied during the coldest time of year in anticipation of the warmer days to come. Nothing worse for a diehard gearhead than to watch from the sidelines because they didn't deal with a minor bout of hypothermia or frostbite and get that nagging issue from last fall taken care of only to become a bigger issue come summer. But hey, things break and go boom from time to time anyway regardless. They're cars after all………

The shows are back and the north is getting right to it. Carvention III at the South Jordan Equestrian Center kicked it all off with a bang as the last days of the calendar year's shortest month were evident. Mother Nature's meds were taking a siesta as winter's unrelenting grip took firm hold over the first half of that weekend.

Fortunately because of those that bowed out because of the weather and travel issues there were just enough on the waiting list to get in and filled the arena to capacity. Those with an enclosed car hauler were doing the buddy system for the driven and those less fortunate by protecting the countless hours of at-home detailing prior to showtime, keeping them dry for the most part, from Point A to Point B.

Between entry and spectator fees, raffles and auctions of items that several artists and pinstripers on scene make their own with their undisputable talents, proceeds raised came just shy of $19,000 for the charity of the Kauri Sue Hamilton School for Disabilities in Riverton, UT. It was great to see all those who came together to support this worthy cause. In fact there was a motorcycle jacket that alone raised about fourteen hundred due to those winning the auction donating it back for the cause….and maybe because it was a smaller size that few of us could comfortably fit in. Some food for thought all you textile donors out there….

From the end of the short days of February to the Ides of March, and Julius Caesar free I might add, we headed over to the South Towne Expo Center in Sandy, UT for the O'Reilly AutoRama that celebrates its forty-third year in Salt Lake City this year. Like Carvention it was a diverse set of rides and very well supported by the car owners and spectators alike. Rides of every style and taste were represented and, like Carvention there was artistry on display as 1 Shot sponsored a pinstripers corner with some very talented artists.

As someone who views drawing a stick figure a crowning achievement and high-fives himself when successful these folks at both shows who were displaying their artistic wares deserve high praise. I have always admired artistic folks, whether it's in art or literature or music, as they are some of the most genuine folks around – and it shows in the fruit of their artistic wares.

Because I was afforded the opportunity to spend more time at the 'Rama than I initially had planned I got a good chance to speak with a few of the circuit car owners passing through out little scene here and I have to tell you that the ones I spoke with had nothing but praise for our fellow rodders here in Utah! One individual in particular (a retired police officer in Detroit) was very complementary about how friendly and engaging people are here as opposed to his home base in an adjoining state; "They actually come and talk to you here" he remarked as opposed to just "staying in their own groups."

I have always said that it's the people of our scene that make it what it is. Granted we have some damn talented builders of both the backyard and professional ilk here. But the personalities of the many past and present members of our car community make me proud to be a part of the whole thing…and to see it grow to the level that it is today!

Like Carvention's pre show the 'Rama's after show ol' Mother Nature let us know how small in the cosmos we really are. Thankfully everyone made it to and from both with all intact for the most part…other than some road crud from out springtime winter wonderland…..Kudos to the staff of both shows for one hell of a start to what promises to be a very fun show season here in Utah.

Keep it real…and keep the rubber side down…
Cheers. 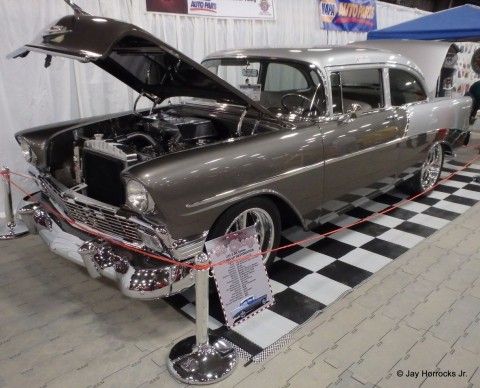 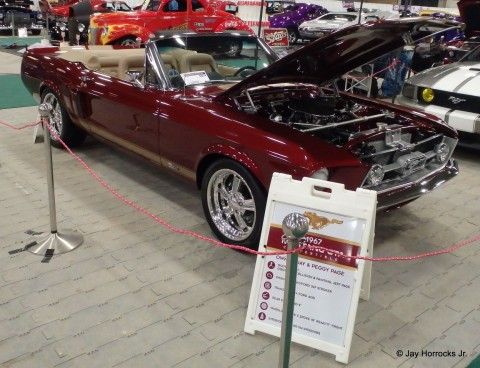 ​Tri-Fives are alway a popular attraction...and this two-tone beauty is no exception! At the Motor-Con Carvention III in South Jordan, UT 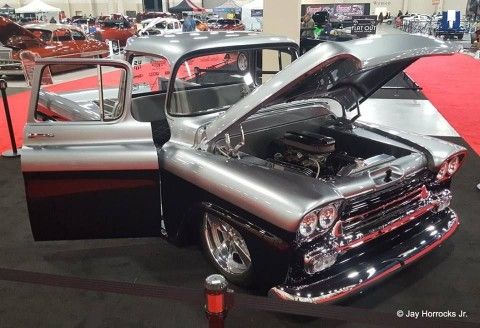 ​One of circuit rides that rolled into the Salty City for the 43rd O'Reilly AutoRama in Sandy, UT.

© All text and photos © 2017 Jay Horrocks Jr. unless otherwise noted.

How do you feel about this post?
Happy (0)
Love (0)
Surprised (0)
Sad (0)
Angry (0)
Product Review: The Powerblast Plate
Springtime in January and the Bi-Polar-Bear Beginn...

Awesome kickoff to the season I'd say! We enjoyed our time at both shows also. Love the blog, thanks Jay!